The 12 Most Awful Products Made By Monsanto

Originally put together by GMO Awareness, here are the 12 most awful products made by Monsanto:

What is it? – Plain and simple saccharin is an artificial sweetener. Around since the 1800′s, saccharin did not become widely popular as an alternative to sugar until the 20th century -thanks in large part to the efforts of Monsanto whose initial intention as a corporation was to produce saccharin for Coca-Cola. (1)(2)

Why is it bad? – Initially praised for its ability to provide sweetness without the calories, saccharin fell under fire in the 1970′s when a study revealed that saccharin caused cancer in test rats and mice -causing it be listed on the NIH’s carcinogen list. However, after mounting pressures, the study was disregarded as flawed in its conclusions, the sweetener was removed from the list and can to this day be found in a lot of what we consume. (1)

Where is it being used? – Drinks, candies, cookies, medicines, gum, fruit spreads, toothpaste and more.

What is it? – PCB’s (polychlorinated biphenyls) belong to a family of manmade organic chemicals known as chlorinated hydrocarbons. They were first used by Monsanto in the 1920′s to produce coolant fluids for widely used electric transformers, capacitors and electric motors. They were domestically manufactured from 1929 to 1979 at which point they were banned. (1)(3)

Why is it bad? – PCB’s have been linked to causing cancer as well as contributing to a number of adverse health effects on the human immune systems, reproductive systems, nervous systems and endocrine systems. (3)

Where is it being used? – Banned since 1979, PCB’s are no longer being used, but their damage continues to persist as a 2011 study showed that it is still being found in the blood of pregnant women. (1) Prior to the ban PCB’s were found in widely used items such as, but not limited to: cable insulation, caulking, plastics, adhesives and oil-based paints. (3)

What is it? – Still widely used to this day, polystyrene is a synthetic polymer. Polystyrene production became a focus of Monsanto’s in 1941. (1)

Why is it bad? – Polystyrene is non-biodegradable and is responsible for the most total hazardous waste worldwide. Chronic exposure to it has also been tied to depression, headache, fatigue and weakness. (4)

Where is it being used? – Literally everywhere, but most commonly in food packaging where it is known as styrofoam. It has solidified its place in the market as being more durable than paper products and most cost efficient than plastic (which isn’t much better for the environment).

I don’t think these need much of an explanation as to what they are, why they are bad or where they are being used, but it is interesting to know Monsanto’s involvement. Shortly after they acquired Thomas & Hochwalt Laboratories, Monsanto developed a department that played a key role in the Manhattan project from 1943 to 1945. The Manhattan Project was responsible for producing the first atomic bombs for the second world war. (1)

What is it? –  DDT (dichlorodiphenyltrichloroethane) was a commonly used pesticide designed to combat malaria-transmitting mosquitoes. Monsanto just happened to be one of the first manufacturers of the insecticide that would fall under heavy scrutiny. (1)(6)

Why is it bad? – Banned in 1972, DDT has been linked to damaging the liver, reducing reproductive success and temporary damages to the nervous system amongst others. (6)

Where is it being used? – Unfortunately DDT can often take more than 15 years to break down and is still being found in some soils and many waterways. Our exposure to it would more than likely come through consuming contaminated fish, crops, or through atmospheric deposition. (6)

What is it? – Dioxins are a group of chemically-related compounds that some see as amongst the most toxic chemicals known to science. Monsanto found themselves involved in 1945 when they began promoting the use of chemical pesticides in agriculture. (1)(7)

Why is it bad? – Dioxins are most notably bad for their ability to accumulate in the food chain, and an EPA report once confirmed dioxins as a cancer hazard to humans. (7)

Where is it being used? – Rather than used, dioxins are primarily being found in meat and dairy products due to how integrated they have become within the food chain. (7)

What is it? – A herbicide/ defoliant primarily used as a form of chemical warfare during the Vietnam War.  Monsanto conveniently happened to be one of the two major manufacturers of the lethal weapon. (1)

Why is it bad? – Agent Orange is said to be responsible for over 400,000 deaths and 500,000 birth defects with over a million suffering from health problems of some kind. Agent Orange’s issue lay in its dioxin contamination -something that Monsanto apparently knew about when it sold it to the US Government for use in war. (1)(8)

Where is it being used? – The implications of Agent Orange in Vietnam are still being felt with a formal clean-up effort not beginning until 2012. A shocking side note is that some chemicals found in Agent Orange can still be found in certain herbicides being used today. (1)

What is it? – As the name suggests, petroleum-based fertilizers are a type of material applied to soils or plant tissues to aid in their development. Monsanto got themselves involved in 1955 after purchasing a major oil refinery. (1)

Why is it bad? – Petroleum-based fertilizers have been known to destroy beneficial soil micro-organisms. This destruction eventually sterilizes the soil making it fully dependent on an external stimulant to produce. (1)

Where is it being used? – In farms across the globe since they are noted to give farmers a greater degree of control of what they grow and how it turns out. (9)

What is it? – RoundUp herbicide, also known as Glyphosate (a major component of Monsanto’s RoundUp herbicide) is the most widely used herbicide around the world. (10) It was in 1970 that Monsanto founded their agricultural chemicals division with RoundUp being their prized herbicide. (1)

Why is it bad? – Glyphosate has been linked to cancer in several studies due to its properties as a potential endocrine disruptor -chemicals that can interfere with the hormonal system of mammals. These disruptors can cause development disorders, birth defects and cancerous tumours. (10)

Where is it being used? – RoundUp is approved and still widely used today to destroy and control weeds. It can be found in our groundwater, soil, streams and even in the air. (1)(10)

What is it? – Like saccharin, aspartame is another artificial sweetener used as a sugar substitute in food and drinks. Monsanto managed to get themselves involved in 1985 when they acquired the primary company responsible for aspartame’s manufacture. (1)(11)

Why is it bad? – Rather than delve into this I highly suggest you check out any of the following articles related to aspartame that we have already released:

1. Aspartame: The Bitter Truth Behind This Toxic Sweetener

2. The Shocking Story of How Aspartame Became Legal

3. Aspartame Damages The Brain At Any Dose


Where is it being used? –  Aspartame is still widely used and can be found in diet sodas, yogurts, gum, sauces, drink powders, cereals and much more. (12)

What is it? – Developed by Monsanto rBGH is a genetically modified hormone that is injected into dairy cows to produce more milk. (1)

Why is it bad? – By artificially increasing milk production, rBGH also raises the levels of pus, antibiotic residues and a cancer accelerating hormone called IGF-1.  When consumed by humans it continues to act as a cancer accelerator and has been linked to breast, colon and prostate cancer. (1)(13)

Where is it being used? – rBGH is still being used to this day and is normally injected into dairy cows every other week. (13)

What is it? – This certainly requires no explanation and it’s widely known that Monsanto is at the foundation of it. In the early 1990′s, Monsanto began their initiatives that still continue to this day under the belief that they help “feed the world.”

Why is it bad? – As I did with aspartame, I will instead give you a series of articles to look at rather than delve into the depths of what make GMOs bad:

1. 5 Myths That GMO Companies Want You To Believe

2. 10 Scientific Studies Proving GMOs Can Be Harmful To Human Health

Where is it being used? – GMOs are prevalent in many crops but most notably in sugar beets, potatoes, corn, tomatoes, squash, golden rice, soybeans, salmon and animal feeds. 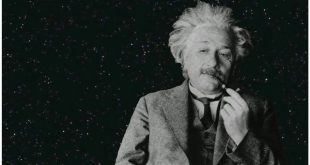 Ancient Hunter-Gatherers and Farmers Made Love, Not War 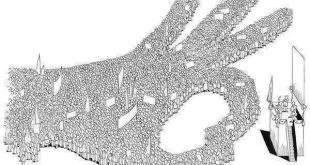 Your Ancestors Dıdn’t Sleep Lıke You